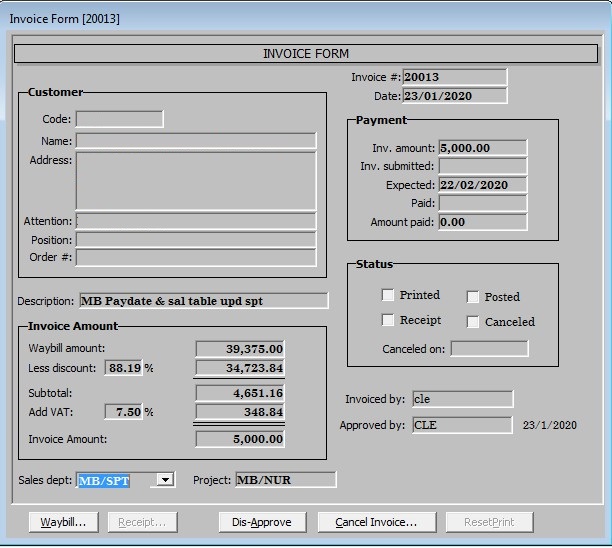 1035. We noticed that the second image used in the December summary blog post wasn’t resized on a Lumia phone and investigated, eventually finding out this was a Windows Phone OS and browser issue maybe having to do with the HTML5 <figure> tag, as the image was resized on desktop browsers as well as Opera Mini in the Lumia, just not on IE or UC Browser in the Lumia.

1046. By testing things on IE on a laptop we were able to determine that it was the float:right setting for the <figure> tag that made the img-responsive Bootstrap class not to work for the image on the Lumia except on Opera Mini, as it also didn’t work on desktop IE. Eventually we decided to do away with the floating as assigning it to the image itself got the automatic resizing to work but then made the <figcaption> text not to appear below the image. We customized the company logo previously in use for this Blog as well as LVReg, replacing the text in the second half of the logo, and made the new logos active on both sites.

1050. Started planning how to show TripleClicks product banners on the Partners page of our website, studying the html code for the banners and creating two tables that would hold the product details locally.

1061. Worked on completing the implementation of TripleClicks product banner display on our Partners page, updating the server. We restructured the Partners page itself to be more device-responsive, replacing the <table> used for most of the content with Bootstrap <div> elements.

1083. Revised Gerian to introduce a column for Astro auctions for SFI’s new product groups that took effect this week, along with a checkbox to automatically make the period start date on the summary report generation windows to adjust to be the same as any end date entered.

1105. After observing that when a new product group auction was concluded without your being the winner, there was no more room for selecting a product, we had to revise Gerian to make the product column optional for the Astro Auctions List, and also the summary report for auctions to include the product group.

1120. We searched the web for codeigniter table editor in an effort to see if existing libraries were out there instead of building our own from scratch, and this led us to CRUDigniter.com where after a registration was done we uploaded a one-table database script to see how the web-based service worked. We then downloaded CodeIgniter code generated for doing CRUD operations on the table, got it working locally then began improving the generated code to use for editing the data for our TripleClicks product banners, later naming the new application TCProd.

1131. Visited a domain name registration and hosting client to discuss upcoming renewal and domain email challenges they were still having, in connection with using Thunderbird for emails, and creating email accounts via cPanel.

1153. While Microsoft was more polite by just throwing up a modern “blue screen” warning that they no longer supported Windows 7 and advising we move to another Windows 10 PC after a laptop was switched on, WhatsApp did its worst, making real its threat to “stop working” after January 14, just showing a black screen saying PHONE NOT SUPPORTED when we wanted to check a message in the morning. For several minutes we had to do battle with it to successfully retrieve the messages since December 31 when we last saved the chats, which gave rise to a blog post on the issue days later. We modified Gerian to incorporate the constellation prize bid column that people bidding to win would need, so they could record the portion of their bid money to be refunded should they lose. We worked on improving on the TCProd application, making it look more professional than what CRUDigniter had produced with their code.

1175. We wanted to update the VAT on two invoices from 5% to 7.5% in line with new legislation and seeing we effectively couldn’t—the new rate could be assigned to only new invoices—we made the first 2020, v2.04 revision of MoneyBooks Sales to allow it. We made further enhancements to the TCProd application, with login/out, flash messages and minimal auditing.

1201. A MoneyBooks Payroll user called and we finally had to walk him through the start-new-payroll processing steps for him to see there was a pay date entry prompt; his entry of 31/10/19 as date wasn’t accepted so—assuming it was a Windows short date format issue—we advised he should put the month first.

1212. We investigated the MoneyBooks Payroll user’s report that when he updated the salary table employee’s pay remained unchanged and found that unlike in EPPMS that he’d also used in the past there was no trigger to handle the update, so implemented one.

1256. In Gerian we began implementing the new set of product group updates announced by SFI three days ago, moving the former product groups to another table before replacing them with the new group specifications. Completed work on renewal of 2-year domain name and 2GB hosting for a client’s two domains.

1260. Not pleased with how we’d implemented the new product groups data in Gerian yesterday, we restructured it using one table this time, later completing the implementation including the product group data entry option that we didn’t provide before, and a new product hits summary report that we recently considered. The summary report would be helpful in identifying advertised TripleClicks products that received visitors’ attentions.

1271. Provided support for MoneyBooks Payroll client in setting up the new-minimum-wage-based CONPSS salary table that was effective April 2019.

1304. Visited EPPMS client in connection with continued technical support for the application, which was still needed for its extensive features and internal payroll record keeping, even though IPPIS was now being used by the federal government to pay salaries of enrolled departments and parastatals.

The new year began with the implementation of TripleClicks product banners on the Partners page of our website, and shortly work started on a new application TCProd to assist with that. Renewal of 2-year domain name and 2GB hosting for a client’s two domains was completed. The Payroll and Sales modules of MoneyBooks were revised in connection with new salary tables and the new 7.5% VAT rate. Gerian Assistant was also updated to handle new product groups for Astro Auctions announced by SFI. EPPMS client was visited in connection with continued technical support for the long-running application.
If you like this post please register or log in to be able to subscribe and be notified of new posts by admin.